Imagination: your key to achievement

Imagination is the home of the new, the unknown, the undreamed of.
It enables us to enjoy stories, songs and movies.
It is the place from where new discoveries come,
and new answers to old questions.
It is the key to all the riches in life.

Bring your dreams to life 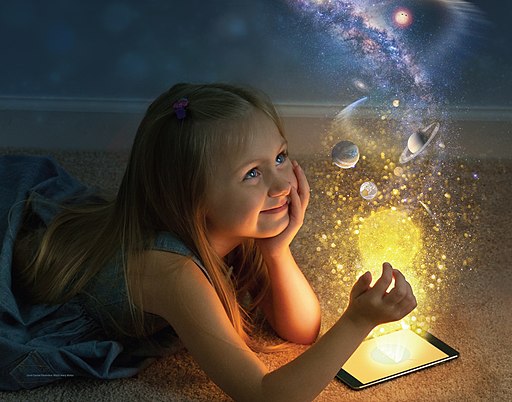 The main use of the imagination is to dream. But we often reject an idea because it is too dream-like. In the same way, we tell ourselves to quit “day-dreaming”. The word “dream” has an unreal quality to it.  Maybe because the dreams we have each night seem to be patched-up nonsense.  But dreaming has a practical use.

It is the dreamers who, as T.E. Lawrence said, are the “dangerous” people. These are the people who dream with their eyes open, who believe in their dreams. Our cars, planes, the telphone, practically anything you can name, was once a dream in some person’s mind. Dreams are what change the world.

If dreams can create so much good in the world, what can they do for your life?
The answer, it turns out, is “A Whole Lot!”

The reality that we think is “out there”, unchangeable, fixed, objective, is actually mostly manufactured in your own head. Each of us has a different reality, built up out our memories, beliefs and experiences. Reality is mostly imagined. It’s your imagination that constructs your world. And therefore, if you can control your imagination you can change who you are and what the world is.

This is proven, scientific truth. Don’t let anyone tell you otherwise. Imagination can, and does, affect your performance in the real world. “Mental Practice” has been shown to have a positive effect on the performance of sportsmen as well as musicians.

Practical Use of Imagination: A Scientific Study

The second group practiced only in their imagination. Sitting quietly, they saw themselves in their mind’s eye, making the throws. If they missed, they made corrections until they sank the throw.The third group got no practice at all.

Testing took place on the first day, and after a period of 30 days. The first group improved by 24%;  but the second group, who had practised only in their minds, showed an improvement of 23%!

The third group who didn’t practise, didn’t improve at all, which is what you would expect.

Dr. Maxwell Maltz in his famous best-seller, “Psycho-Cybernetics” tells of many cases in which people were crippled by their imagined shortcomings. One man thought his ears and nose were so big that he was repulsive to others. He kept to himself, avoiding going out or meeting people. He even thought his own family was ashamed of him.

Once he understood that his features were by no means out of the ordinary, he was able to overcome his fears and live a successful life. Dr. Maltz recounts many other similar stories.

How to use your imagination

Your imagination is the main power that leads to achievement. It makes will power unnecessary. “Imagination is more important than knowledge. For knowledge is limited, whereas imagination embraces the entire world, stimulating progress, giving birth to evolution,” said Einstein. Imagination takes into account not only all there is and was, but all there can ever be.

Many techniques have been developed which help you to develop your imaginative power. Vision boards, visualization, goal-setting, affirmations and other methods make use of the power of your imagination.

There are no limits you can set to what you can achieve once you learn to harness the power of your imagination. Your greatest dreams will actually come alive!

If you would like to learn the secrets of how to be your best self, send for a free e-book by joining our mailing list: just fill in your name and email in the coupon below or in the right hand column above